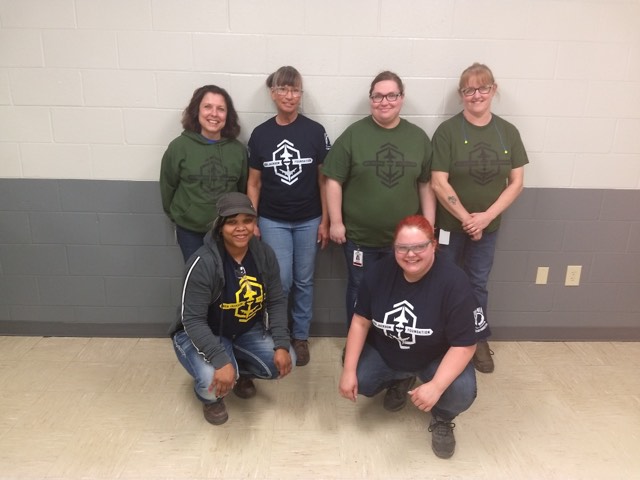 Our support base is growing!

She, along with Justin, had received some t-shirts ordered by Justin’s brother Johnathan, who is in the Air Force stationed in Japan. Johnathan Stout and Ben Jackson went to tech school together in Texas, and both ended up being assigned to the 35th Fighter Wing as maintainers to keep the squadron’s F-16 engines ready to go and ensure that their planes were able to fly around the clock.

When they wore their Ben Jackson Foundation shirts to work, it created a lot of buzz. At Arconic, a manufacturing company in Michigan where Chance works, many others wanted them. Chance coordinated an order and ended up buying almost 30 shirts and hoodies from us.

Many at Justin’s employer also took note of the shirts. Once they heard about what our mission is, they wanted to help. Justin went before his union, United Steelworkers Local #278, and told him about our mission. The union voted to donate $500 to the Foundation.

We are so encouraged to hear from good people like Chance and Justin, who are motivated to support a cause they believe in and to make a difference for our young people in uniform.

Thank you so much!

Ticket Home Awards given in August 2022

Ticket Home Awards given in July 2022

Ticket Home Awards given in June 2022

Ticket Home Awards given in May 2022

Boulders Gym in Madison selects May Climb For a Cause Partner

Ticket Home Awards given in April 2022

Apply for a Ticket Home

Find out who qualifies and how to apply.

Help us reunite more families with your donation.